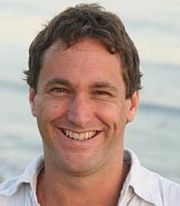 David Lopez-Carr has lived, worked and traveled in over 70 countries and speak Spanish, as well as some Portuguese, Italian, French and very rudimentary Q'eqchi Maya. His research focuses on links among population, health, rural development, agriculture, and marine and forest resource use and conservation through ongoing projects in Latin America, Africa and Asia. He has authored more than 130 scientific publications and along with colleagues and students has secured several millions of dollars in funding from over 50 fellowships, grants and awards from NASA, NSF, NIH, the Mellon and Fulbright Foundations and numerous other sources. He is a Fellow of the NAS' Kavli Frontiers of Science and of the American Association for the Advancement of Science (AAAS). Dr. Lopez-Carr is a former associate director for the UCGHI Migration and Health Center of Expertise and former director of UC Santa Barbara's Latin American and Iberian Studies, where he was awarded outstanding graduate mentor. During 2015-16, he chaired the UC Faculty Senate Committee on Affirmative Action, Equity, and Diversity (UCAAD) and remains on several related committees in which he has helped author various plans, proposals and responses regarding policy as it relates to diversity and equity in higher education across the UCs. Woutrina A. Smith, originally from Alaska, studied at Pomona College and then earned her DVM, MPVM, and PhD degrees from UC Davis. Her research program utilizes a One Health approach locally and globally to bring together professionals and stakeholders across disciplines spanning the natural and social sciences. Dr. Smith has active research projects in Africa and Asia, as well as in California, where multidisciplinary teams work together to solve complex health problem in innovative ways. Dr. Smith has received funding from diverse sources including the National Institutes of Health, the US Agency for International Development, the US Department of Defense and the Bill & Melinda Gates Foundation. As capacity lead for the global USAID Predict Program for the past seven years, Dr. Smith works with scientists and stakeholders in 30 countries to help build local capabilities to conduct health surveillance in animal and human populations at key interfaces where new diseases are likely to emerge. She was involved in the UCGHI One Health Center of Expertise and has made linkages with all ten UC campuses, the UC national laboratories and many international partner institutions. She teaches in the professional DVM, graduate and undergraduate programs, where she brings her field and laboratory research experiences into the classroom to provide real world context. 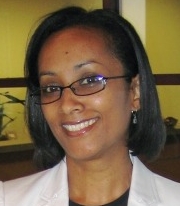 Dr. Prata began her career practicing medicine in Angola for 10 years and served as head of the Social Statistics Department at the National Institute of Statistics of Angola. Shortly after moving to the US, while beginning her tenure as a researcher and lecturer at UC Berkeley, she served as a demographer/analyst for the Centers for Disease Control's Division of Reproductive Health for six years, a role she resumed briefly from 2010 to 2011.

In addition to Dr. Prata's current research in sub-Saharan Africa, she also has considerable experience conducting projects in Latin America, and Central and South Asia. She is especially interested in family planning, abortion, safe motherhood and maternal mortality. Her research focuses on the design, implementation, and evaluation of family planning and maternal health interventions that maximize distribution and financing to increase access to contraceptives in developing countries, particularly for underserved populations. Her projects investigate strategies for harnessing existing resources, including human capacity and health care infrastructure, while also gathering evidence for setting priorities on national health agendas. 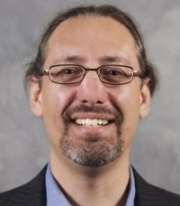 Over the past 20 years, he has led and supported projects developing, testing, adapting and scaling up evidence-based interventions for HIV prevention, substance abuse, self-management and empowerment with youth, sex workers, and persons living with HIV. More recently, Dr. Swendeman's work has focused on mobile health ("mHealth") using text-messaging, interactive voice response, smartphone applications, and social media for research and intervention. In particular, his work is exploring mixed-methods research and context sensing mobile technologies with adolescents and parents, mobile applications to support home visiting community health workers to address pre- and post-natal support and for sex workers around HIV/STD prevention. His work has been conducted with community-based partners in the U.S., India, and South Africa. 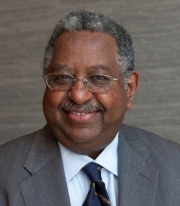 Haile T. Debas, MD, is recognized internationally for his contributions to academic medicine and is widely consulted on issues associated with global health. His career as a physician, researcher, professor and academic leader spans over four decades in Canada and the United States. At the University of California, San Francisco (UCSF), he served as chair of the Department of Surgery, dean of the School of Medicine, vice chancellor, chancellor, and founding executive director of Global Health Sciences. He was the founding director of the University of California Global Health Institute from 2009 to 2016.

A native of Eritrea, Dr. Debas received his MD from McGill University and completed his surgical training at the University of British Columbia and post-doctoral fellowship at UCLA. He is the Maurice Galante Distinguished Professor of Surgery, Emeritus at UCSF and was a lead editor of the Essential Surgery volume of Disease Control Priorities, Third Edition (DCP3), published by the World Bank in 2015. Dr. Debas is a member of the National Academy of Medicine and a fellow of the American Academy of Arts and Sciences. He currently serves on the Board of Trustees of the Aga Khan University and has served on the Board of Regents of the Uniformed Services University. He was instrumental in the creation of the Consortium of Universities for Global Health, serving as the founding chair of its board of directors. 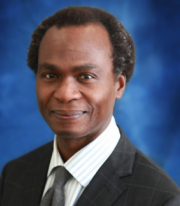 He is the founding chair of UC Irvine’s Department of Population Health & Disease Prevention. After undergraduate training in Nigeria, he earned his doctorate in microbiology at the University of Tennessee, and his MPH at UC Berkeley, where he also earned a certificate in international health. He earned a certificate in Teaching by Case Method at the Harvard T.H. Chan School of Public Health. In 2012, the international OpenCourseWare Consortium awarded him the Leadership Excellence Award. His research focuses on the intersection of international development and population health, with the goal of discovering new risk factors and strategies to prevent their impacts on vulnerable populations. He is the author of Microbial Diversity (Wiley, 2005) and editor of Green Health (Sage, 2011).  During 2016-2017, he worked with the U.S. Department of State’s Office of International Health and Biodefense on emerging policy issues. He currently serves on the board of directors of the Association of Schools and Programs in Public Health.