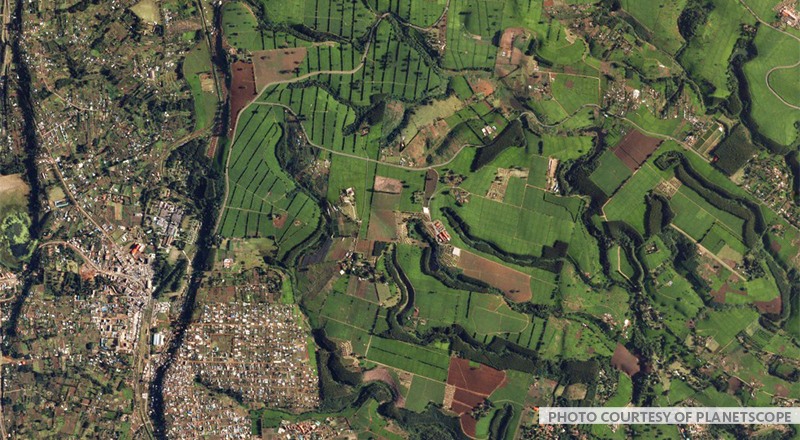 In the past, “you didn’t really have the data to feed into those models,” she said. “Now, with more flexible data collection strategies—and a greater availability of data—certain modeling procedures have become more feasible.”

Through a GloCal Health Fellowship  from the University of California Global Health Institute (UCGHI), Wang is putting her interest into practice. In a village in rural Malawi and working with Partners in Hope, Wang will track how people in the community move throughout it. She plans to learn whether people’s HIV status, their gender, and their age affect their movements. Her research could help determine the best locations for HIV treatment and prevention services in the area.

Targeting HIV services is important in Malawi, where 9 percent of the adult population is infected with HIV. Wang’s work could provide important information, said Kate Dovel, one of Wang’s advisors for the fellowship. Dovel, an assistant professor in the Division of Infectious Diseases at the University of California, Los Angeles, School of Medicine, has spent the last six years in Malawi conducting HIV research.
Wang’s project is “promising because it may allow us to track the movement of populations that we otherwise are not able to reach,” particularly adolescents, men, and migrant workers, she said.
Asking people where they go in a day doesn’t always result in accurate answers, Dovel said. That’s partly because of “social desirability bias”: people not always being honest about where they’ve been if they feel society would frown on it. People also don’t necessarily remember all the places they went within a week and how much time they spent there, she said.

With Wang’s results, “we could have a better understanding of where these groups spend their time and their movements throughout a typical week to help us better target HIV services,” she said. For example, rather than asking people to always access care at the health facility, HIV testing or anti-retroviral treatment programs could be provided in community-based settings where people who need them most frequent, she said.

For Wang, the GloCal fellowship offers essential funding, mentorship, and an established connection with the community.

“Having that community connection is so integral for any sort of implementation of any sort of project to be successful,” she said.

A doctoral candidate in geography at UC Santa Barbara, Wang is the first GloCal fellow from the campus. Her doctoral advisor, Susan Cassels, brought the fellowship to Wang’s attention.

“She had a really unique perspective with her idea of looking at travel trajectories and movement,” said Cassels, an associate professor of geography. “It is a unique perspective on a social determinant of health that I thought would fit very well with the GloCal call for proposals.”

Wang’s broader idea with her research is to map “unplanned spaces”—semi-formal, semi-legal spaces with people constantly migrating in and out. Rural Malawi is one of many places where such spaces exist, she said. 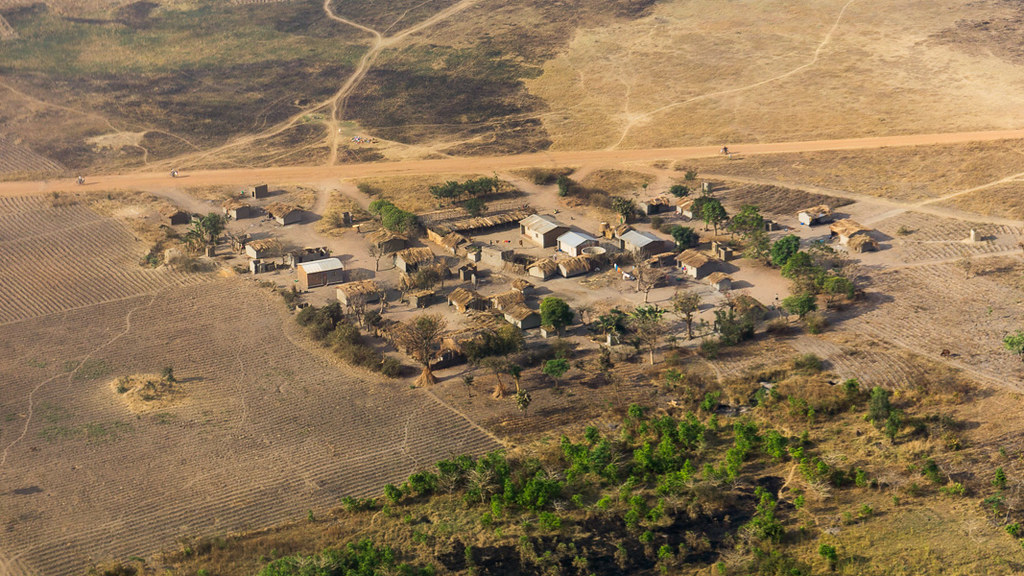 Wang arrived in Malawi in August and has been connecting with the Partners in Hope team and the community. Wang will soon start a focus group assessment to learn about the community’s demographics and “social cliques that determine how people move on a daily basis,” she said.

Her second step will be to survey community members to create detailed travel journals with people describing and pointing out on a map where they go in a day. Next, she’ll use computational and statistical methods to better understand how many people she’ll need from different demographic groups to wear watches with GPS trackers. The final stage will be people actually wearing the watches and Wang collecting data from them.

In addition to her GloCal fellowship, Wang received $15,000 from the National Science Foundation’s Competitive Innovation Incentive Funds for the computational portion of the research.

The project is far from Wang’s first global health or HIV-focused work. After getting her undergraduate degree in microbiology from the University of Washington, Wang spent several years with the Peace Corps in the Republic of Vanuatu, a small island country in the South Pacific. There she worked as a community health volunteer providing HIV treatment and prevention information. After completing her master’s degree in public health and infectious disease at the University of California, Berkeley, Wang became an Allan Rosenfield Global Health Fellow. Based in southern China, she led a population estimate of men who have sex with men to better understand a group often heavily affected by HIV.

For Wang, working in global health offers “adventure” but also something deeper. As a microbiology major, Wang spent many hours in the laboratory during her undergraduate years. She’d initially planned to become a research scientist in molecular biology.

“But then I discovered that, what you develop in the laboratory, you need some sort of context to place those discoveries and observations in,” she said. Global health offers “a vehicle for that. Not only can you do science, but you can also do it in really interesting contexts,” she said.

Wang finds HIV/AIDS especially compelling to study. “It’s not really just about the disease anymore, it’s about the context of the disease and basically the social determinants of the disease,” she said. “You have to balance stakeholders and patients and all of these really interesting cultural dynamics that go into actually alleviating the epidemic.”

When considering possibilities for her doctoral research, Wang thought back to a class she took at UC Berkeley on international maternal and child health during her master’s degree studies. The course was taught by Ndola Prata, co-director of the Women’s Health, Gender and Empowerment program at UCGHI.

At the time, Wang wanted to figure out how to link antenatal care services and women in slums in India. When mulling over the issue again, she hit a conundrum: if researchers didn’t know how people navigated a space, how would they know where to provide services that were actually accessible?

Given their availability and ubiquity, mobile phones or watches with GPS trackers could be a solution, she thought. GloCal’s connection to Malawi gave Wang a location for her work. 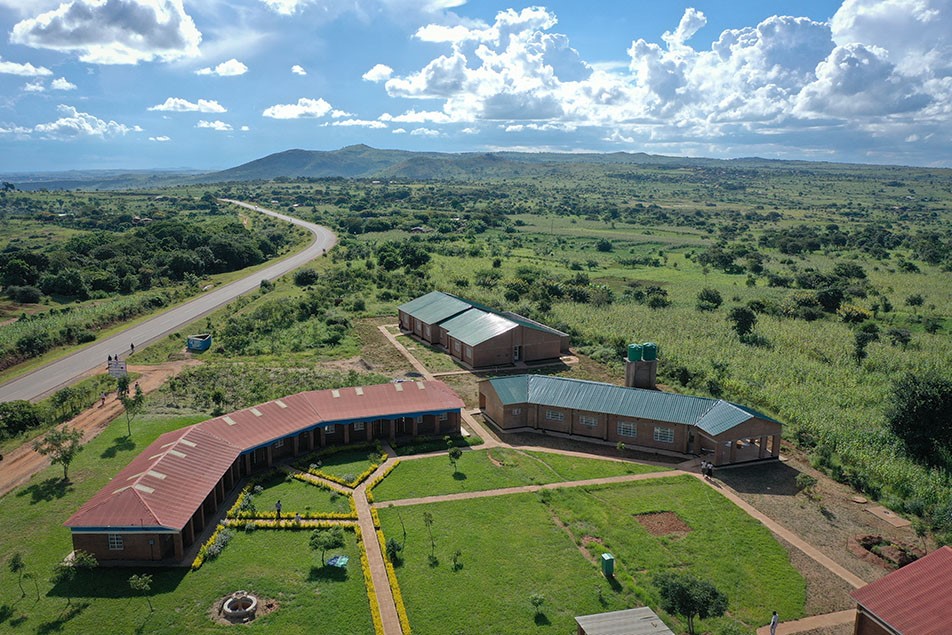 Wang’s approach for the project is unique among students Cassels has worked with. “Her geographic perspective to health is a strength, and I think this experience will be good for her,” Cassels said. “But it will also be good for the GloCal program in encouraging other new investigators to ask important questions about global health from diverse perspectives.”

UC Santa Barbara doesn’t have a school of medicine or public health, Cassels said, but many faculty members and students are interested in health. The campus is pushing to bring communities from various disciplines—geography, sociology, anthropology, and economics—together to focus on health.

Wang’s success “is, I think, going to encourage more forward progress in these initiatives,” Cassels said.

Aspiring global health researchers are encouraged to apply by November 8, 2019.